About Frame Fast
Why choose us 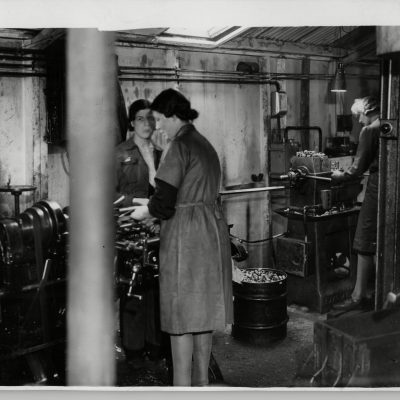 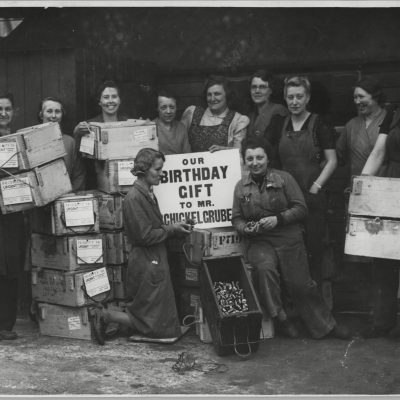 There’s a shortage of young people choosing manufacturing as a career, and there’s an even bigger shortage of women coming onto the shop floor.

Over the last 20 years, successive Governments have not made manufacturing or construction a positive choice for school leavers. Many young people don’t know all the different employment opportunities, and those not going to university often don’t get the advice they need. Career advisors overlook opportunities in manufacturing or construction, while the number of young people choosing media jobs has skyrocketed.

At Frame Fast, many of our supervisors and managers started in the factory, so getting the first step on the ladder can be the beginning of a great career path. We are now offering a lean manufacturing apprenticeship to support people coming through, so that they get a qualification in problem solving.

We have excellent opportunities in the UK to really promote manufacturing, and with the double whammy of Brexit and COVID, the time is right. It shouldn’t be difficult as manufacturing has always been at the heart of British industry.

In fact, history shows us that women have been integral to workforce in factories throughout the industrial revolution. So, how can we demonstrate the excellent opportunities in manufacturing and attract more young women (and men) into the industry.

Derby is the birthplace of the Industrial Revolution. We are home to the first factory in the world, now open as the Museum of Making. Some of the finest thinkers in the country were based in Derby and Derbyshire, including Richard Arkwright, known as the father of the modern industrial factory system. But what often gets left out of these conversations is information about the workers. Women, especially in textiles, made up the majority of the factory workforce and these jobs were vital to the success of manufacturing.

A division of labour

As more machinery was introduced, a division in labour came with it. Men would be doing the heavier lifting and women the more detailed work. However, this wasn’t about who was capable of the job, it was about the Victorian sensibilities around women as the ‘fairer’ sex.

For anyone looking at jobs back in this time, staff wellbeing was often overlooked. Dangerous conditions with open machinery and toxic fumes, alongside extra-long hours, meant any factory worker, whether man or woman, was likely to be hard working and strong.

The first and second world wars

In both the first and second world wars, the lingering Victorian argument about differences between men and women was put on the back burner. As men went to war, women filled the jobs in the factories – not just making the products from before, but also ammunition. In Derby, the Grundy factory employed hundreds of women in heavy industry as well.[1]

When the men returned from war, many women went back to their roles as housewives or in more gentile jobs. But even during this period, thousands of women were employed in factories, especially in textiles and the motor industry.

1968 saw the equality argument contested by the sewing machinists at the Ford factory in Dagenham. With most of the positions filled by women, the pay was much lower than the men’s pay in other departments. This argument was taken right to the centre of government, and when Barbara Castle got involved, the Equal Pay Act of 1970 came as a direct result of her involvement.

At this point, equal pay for men and women was about seeing parity between jobs – or in other words – is the job of a machinist equal to the job of someone on the production line.

For both women and men in manufacturing today, factory conditions are highly regulated. Health and safety is paramount, and training is top of the agenda.

Jobs for women and men

So with all these improvements, why aren’t manufacturing jobs more appealing to young women?

It’s likely that jobs like these aren’t seen for the impressive career opportunities they can bring. That’s why we have teamed up with Derby College to offer apprenticeships in Lean Manufacturing which is a good all-round qualification and puts problem solving at the centre of the course. The hands-on experience in the factory ensures good working practices, including teamwork, time management and pride in the job.

At Frame Fast we manufacture a whole range of products, some utilising automation and others hand finished. But unlike many other industries, absolutely every single window, door, roof or glass unit that goes through the factory is bespoke. The complexities of manufacturing in the glazing industry means that every day is different.

Britain is great at manufacturing. In Derby, much of our local economy is rooted in manufacturing including three household names in planes (Rolls Royce), trains (Alstom, formerly Bombardier) and automobiles (Toyota). But we are part of a huge industry too. The glazing supply chain alone is worth £4 billion a year, and many of our suppliers are based within 25 miles of the city.

Sharon, who today works on the trade counter, started on the shop floor 21 years ago. Her intricate knowledge of manufacturing means customers can discuss details of products with her and they really value her experience.

We are passionate about bringing younger people into manufacturing – both women and men – and that’s why we have launched our apprenticeship scheme with Derby College. This means that people coming into the industry will reap the benefits of a rewarding career.

For more information about careers at Frame Fast go to www.framefastuk.com

Get a
fast quote

Get a fast quote on
Skypod here.

Get a Free Quote

Request your
Free Call Back

Talk to one of your local sales team who can explain in more detail what we can do for you.

Derby based window, door, roof and glass fabricator, Frame Fast UK celebrated its 25th year, with the award winning manufacturer partying long into the night with its team, customers, suppliers and friends. “Around this time last year, I was thinking what we could do to celebrate our 25th anniversary,” says Nigel Leivers, Frame Fast’s Managing […]

Got a Question? Ask an expert

Accept
This site uses cookies. By continuing to browse the site you are agreeing to our use of cookies.